Here are some of the most exciting crime mystery thriller fictional series from popular authors that you absolutely MUST read:

This series has to be one of favourite crime thrillers yet! It follows a Los Angeles cop, Hieronymus “Harry” Bosch, who joined the LAPD in 1972. This 20+ book series takes the reader through Harry’s life as a cop and some of the interesting cases he works on. Throughout his career, he comes across some weird characters and some clever murders that he tries to solve. The Overlook is definitely my favourite from this series. The Wrong Side of Goodbye was recently released in 2016 and Two Kinds of Truth is set to be released in October 2017! 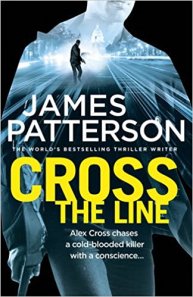 What started from 1 book titled Along Came A Spider has turned into a well-known series across the globe! The series revolves around a Metropolitan Police Department detective, Alex Cross and his missions in Washington D.C. and sometimes the rest of America. The series also take the reader through Alex Cross’s personal life as you quickly get to know (and love) his family including his mother, wife and kids! This is one of the crime thriller series which I have to keep up with! It’s evident from the reviews I’ve already posted, CROSS THE LINE and CROSS JUSTICE.

This series follows a Los Angeles criminal defence lawyer, Michael “Mickey” Haller. You might know him after the first book in this series was adapted to film in the 2011 Box Office hit The Lincoln Lawyer. The series takes the readers on Mickey’s trials and the shady characters he comes across in LA. My favourite book in the series will always be The Lincoln Lawyer (sorry not sorry)! I have no idea when the next book will be released, but not for a lack of trying! 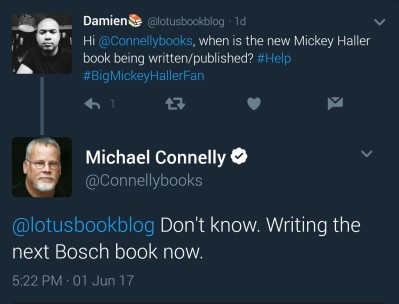 Clifton Chronicles is a seven-book saga that was a hit in India, Australia and South Africa! It tells the tales of Harry Clifton across a wide span of time including different wars and countries in the 20th Century. The series takes the readers through stories filled with love, betrayal, loss and ambition between Harry, his family and other memorable characters! I first got my hands on this series after I entered an Instagram competition by commenting on a publisher’s post what I loved about reading. So YES, it is possible to actually win a competition on Instagram (very, very rare!)

If you love reading mystery thrillers then this series is one for you! It revolves around a University professor of religious iconology and symbology, Robert Langdon and he’s adventures (sometimes willingly, sometimes not). This series contains bestsellers such as Angels & Demons and The Da Vinci Code! Dan Brown manages to write his stories based on truth deviating only slightly to make adventures that will have you captivated throughout each book! My favourite book from this series has to be Angels & Demons (I’m now a huge fan of Ambigrams!) The latest book in the series Origin will be released in October 2017.

Have you read any of these series before? Do you know of any other exciting thriller series we should read? Let everyone know in the comments below! 🙂